We now have two free days to explore Nova Scotia on our own.  Today we return to the South Shore…

We began with a drive around the other side of St Margaret’s Bay; as we continued southeast, we came to Cleveland Beach. Here, at the height of summer, on this beautiful day, was a beach, crowded with 2 small families… It is amazing that this unspoiled paradise is so sparsely inhabited:

As we drove along we came to a small sign announcing Graves Island.  Being a sucker for islands, we turned off and drove across a Ted Kennedy-worth causeway onto the island. We found a campground and a park. We stopped and took a 2 mile “hike” on a path around the tip of the island. It was a nice morning break. 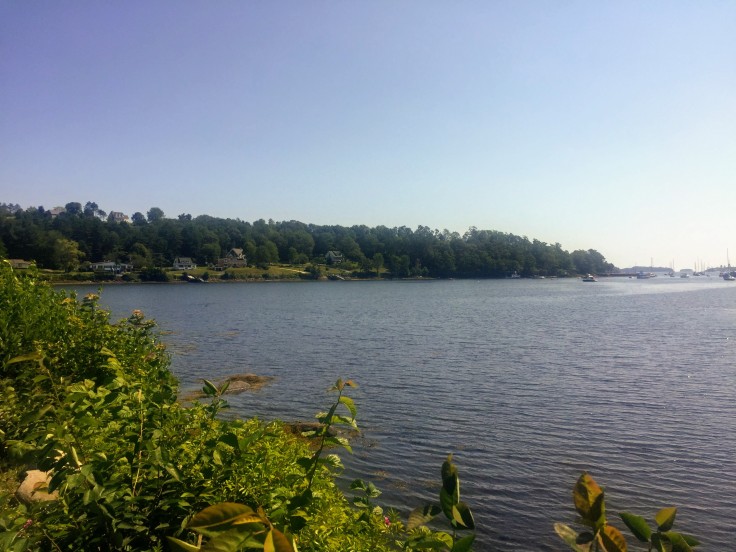 Moving on, we arrived at our first goal for the day, Mahone Bay:

Our next destination was Lunenburg, an UNESCO Heritage site; this little village is a mix of fisher-folk, artists, and summer visitors. It is lovely. We walked the streets of the town, and eventually found ourselves settling in for lunch at the Magnolia Grill.  Lynda had fish cakes, and I opted for seared scallops (or fried scallops, as they say here…)  Food was excellent and the tiny place was delightful.  We noticed a large, ceremonial check, made out to “Magnolia’s Girls”, from the Nova Scotia Lottery Office, for $493,000.  When we asked our waitress about it, she seemed a little upset: apparently, she worked here for 18 years, playing the lottery with the other “girls” every week. Three weeks after she quit, the other 4 girls win $493,000. Two of them quit, and 2 are still working there. But since Magnolia Grill is now short handed, our waitress came back to work.  Sour grapes? Maybe… 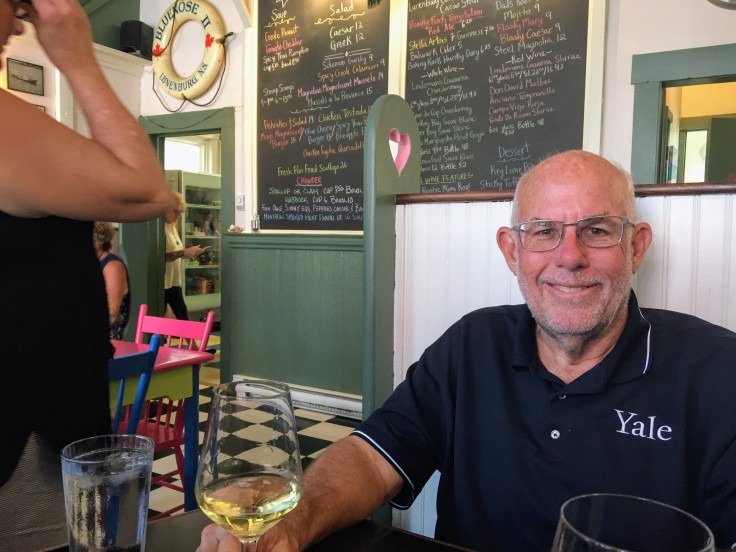 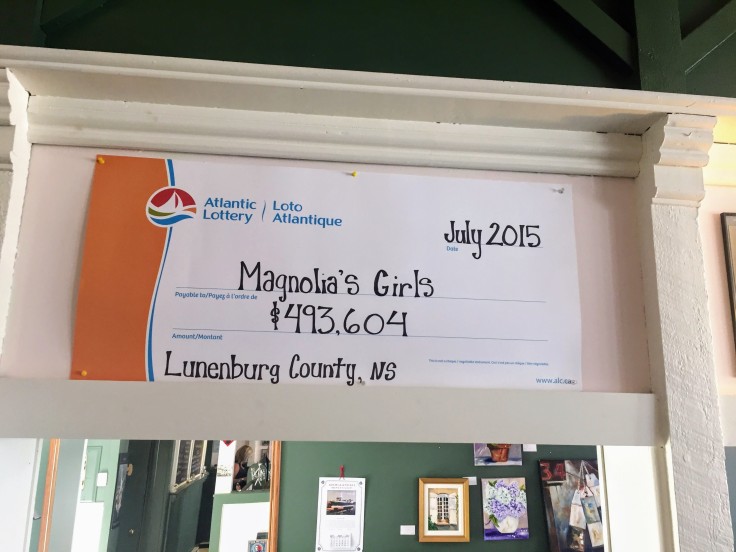 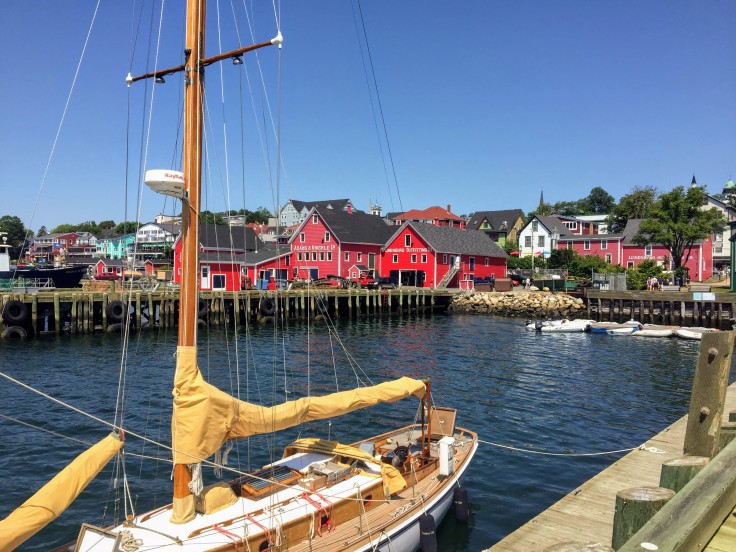 But we move on, now to Rose Bay.

In the March edition of Dwell Magazine, they featured the “Sliding Down House”, located in Upper Kingsburg, outside Rose Bay, Nova Scotia.  Well, since I was going to be in Nova Scotia, I had to try to find it!

We drove to Rose Bay. We stopped at the General Store: 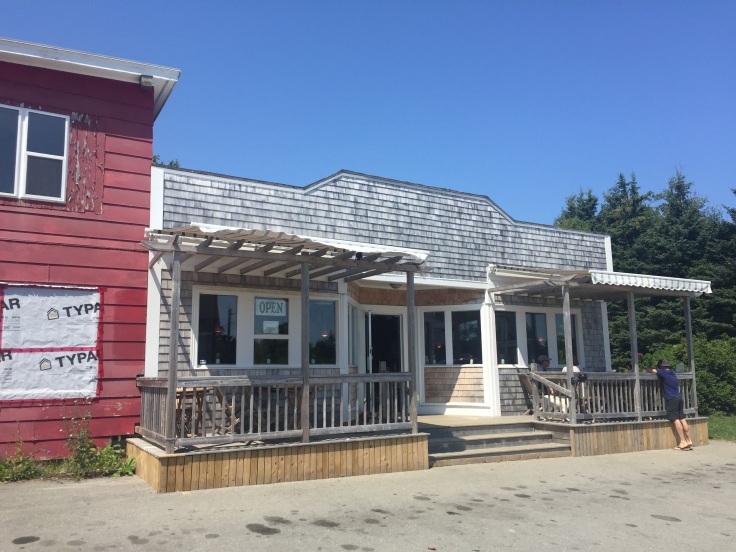 First off, we were impressed with the General Store. It had everything a summer (or winter) resident could need. (Remember, we are a long ways from Halifax here…) There were canned soups, frozen pizzas, and fresh fruits and vegetables.  Also, milk and eggs and cheese.  PLUS:  they are an agent of the Nova Scotia Provincial Liquor Store! After we perused the store, and Lynda bought some of her “Ice” water, I approached the counter.  The sweet young lady at the counter asked, “May I help you?”  I presented the picture of the house in Dwell, and asked, “Can you tell me where this is?”  She immediately answered, “Turn left here, take your first right, and go to the end of the road. You can’t miss it. And, there are other buildings in the area by the same architect – it’s called Shobac.”

After paying for Lynda’s drinks, we set out, and there it was, atop the hill: 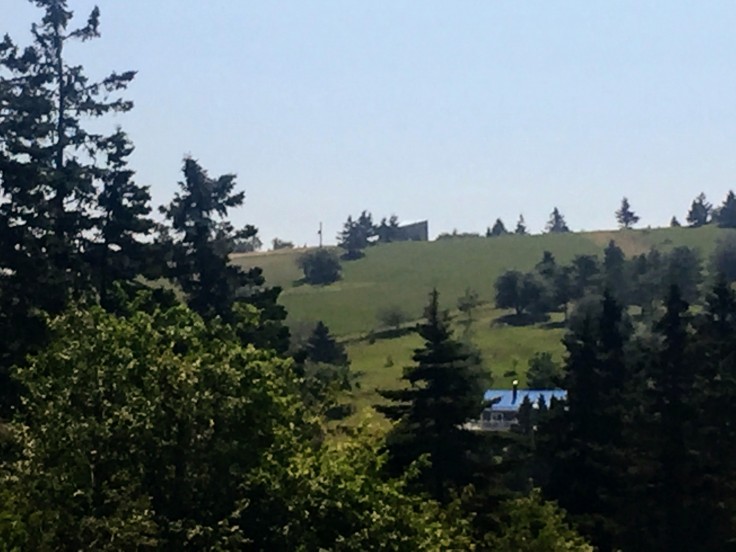 We drove around the corner and saw it from another angle.  But wait! it’s different!  It must be a different house!

It turns out that after the first house (the one that was published), he built 2 more on the hillside, and another one in the valley near the water, along with several other buildings clustered in the little community of Shobac.  However, we couldn’t quite find the original house… 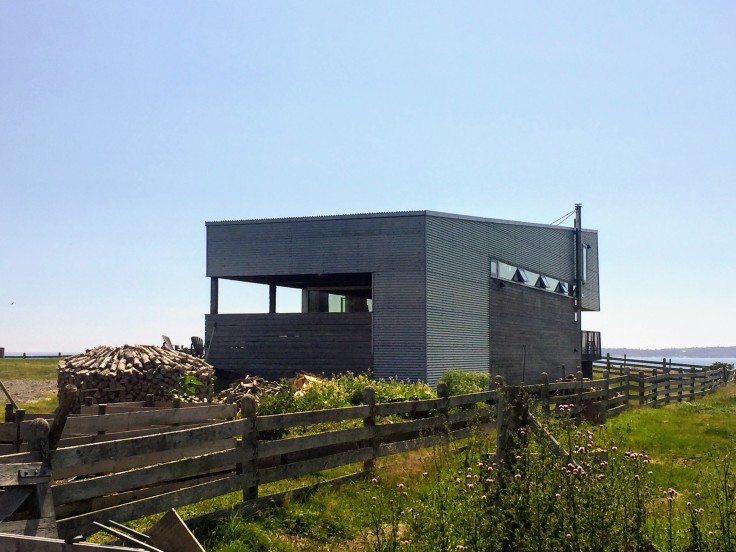 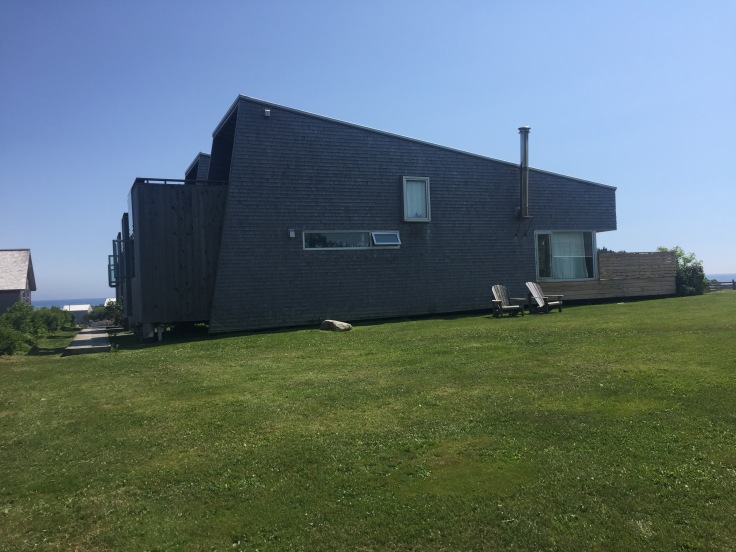 But we had an amazing time. All of the houses were occupied, so we tread carefully, respecting their privacy, but we took many photos and saw many great things. It was exhilarating!

Finally, as we were leaving, we found the original, published house: 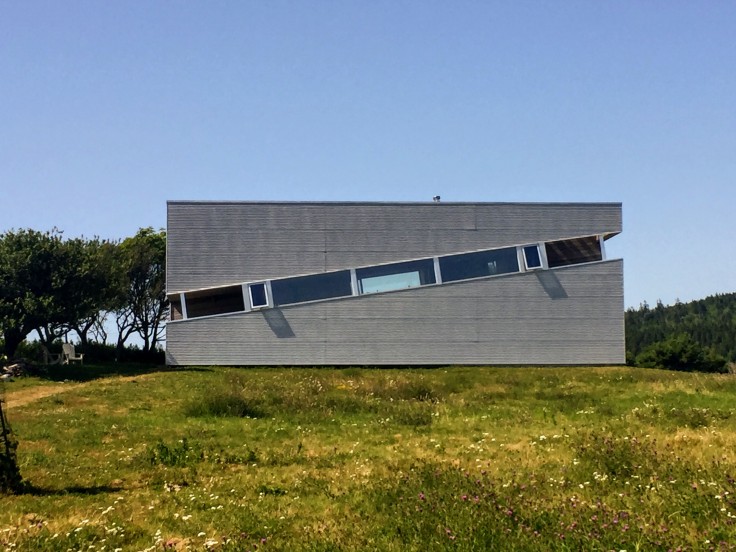 No. It’s an amazingly simple house, sited and designed to fit the site and the extreme weather.  As we left the area, we saw what the boats in the harbor can see: 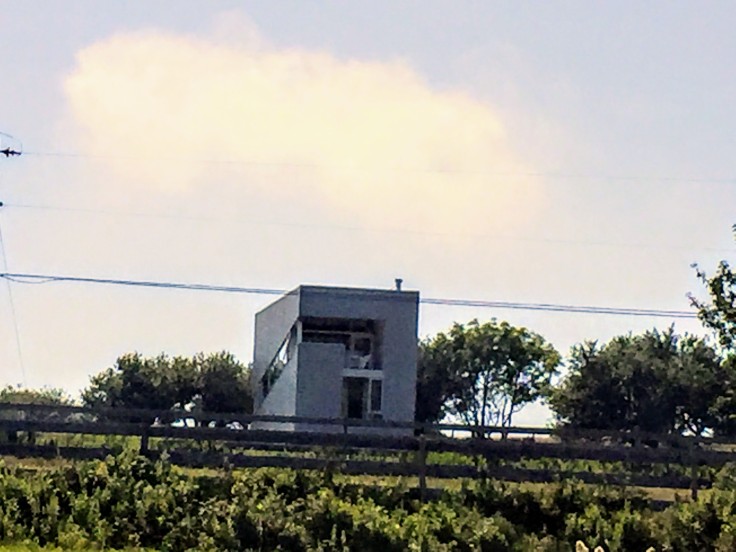 Excited as we were (or, I should say, as I was…) we departed to return to the Villa. We again had Happy Hours and enjoyed hearing what everyone had done with their day… And an enjoyable time was had by all…