Again on the bus into Boston; this time to the John F. Kennedy Presidential Library and Museum:

The tour started with a short movie, depicting his early life, leading up to his nomination for the Presidency in 1960 at the Sports Arena in Los Angeles (recently demolished). Kennedy’s campaign headquarters was in the Biltmore Hotel, in what is now the Lobby. (At that time it was a large meeting room.  It was converted to the Lobby when the main entrance of the hotel was moved from Olive St. to Grand Ave.)

The movie was mostly the spoken words of JFK. At the beginning, I was struck by what he said at the Yale commencement in 1962:

Too often we hold fast to the cliche’s of our forebears. We subject all facts to a prefabricated set of interpretations. We enjoy the comfort of opinion without the discomfort of thought. Mythology distracts us everywhere. For the great enemy of the truth is very often not a lie: deliberate, contrived, and dishonest; but the myth: persistent, persuasive, and unrealistic.

The exhibits followed, detailing the election and his presidency; It was a very interesting design: The campaign and election displays were like storefronts in Anytown, USA, including products specific to the time: televisions, appliances, record players – things you might see in store windows in any small town main street; the presidency displays were in a reproduction of the lower level of the White House.  All in all a very interesting museum.  Outside, along the water, was JFK’s boat: 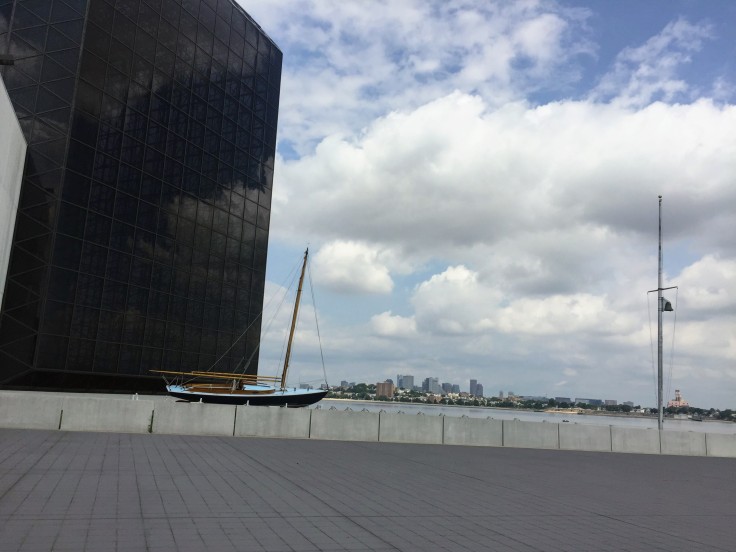 We had a nice walk along the waterfront:

Then we were taken by the bus to see the USS Constitution: Old Ironsides: 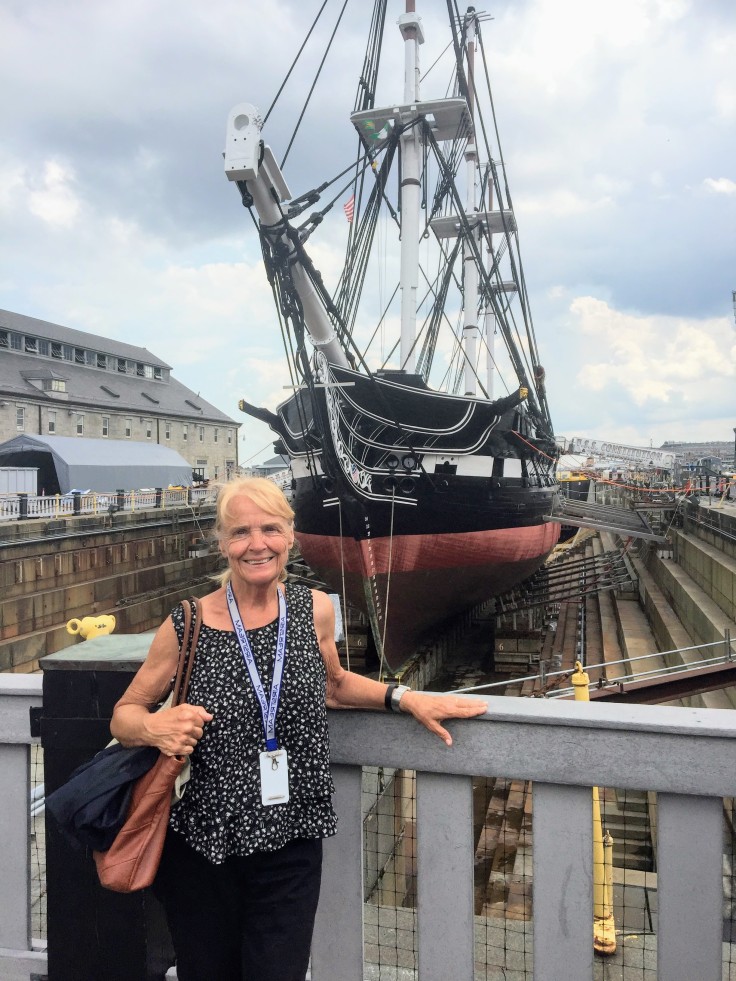 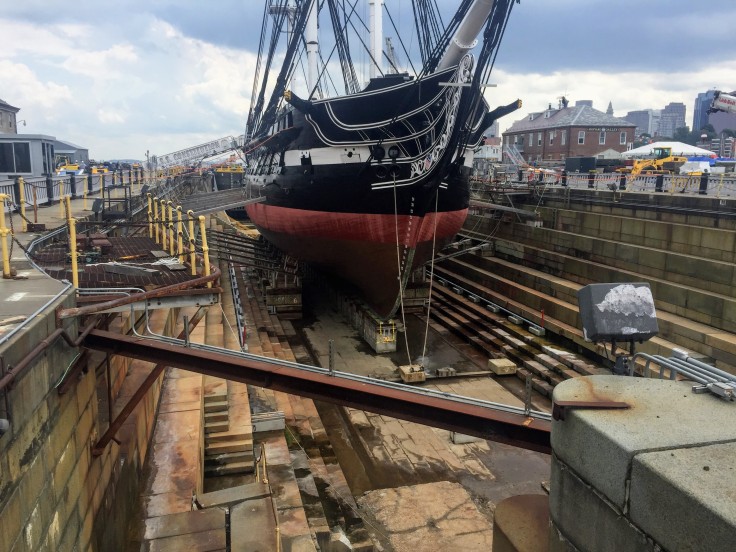 Old Ironsides does not have iron sides; The ship is built with solid oak, about 24″ think, and it is clad in copper.  The British coined the term “Old Ironsides” when they saw their cannonballs bounce harmlessly off the sides of the ship in the first battle of the War of 1812.

Unfortunately, the ship is being restored, again, and is in dry-dock, where it has been for a long time. They are moving it this coming weekend, so it was not open for tours.  We spent some time in the adjacent museum, then headed to the Bunker Hill Memorial: 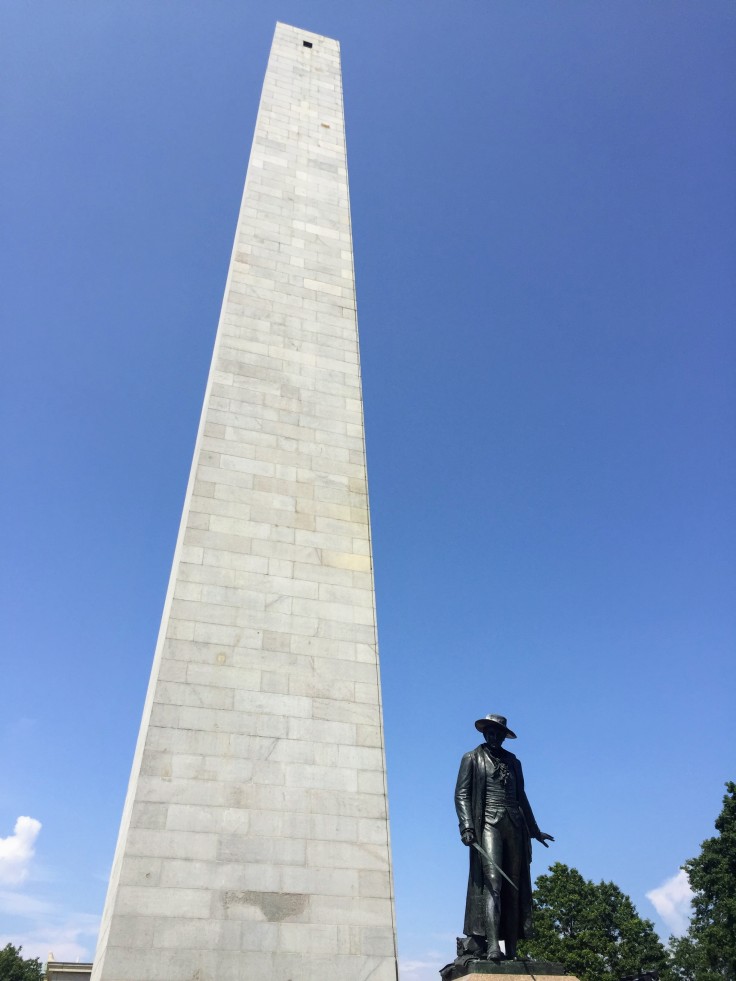 The Memorial commemorates the Battle for Bunker Hill.  It is located on Bleeds Hill, where the battle actually took place.  (You can’t make this stuff up…)  The British won this battle, but at a heavy cost.  Shortly after, the British evacuated Boston and never returned…

So this concludes our two days in Boston. The bus took us back to the Airstreams and we prepared the rig for travel tomorrow… We’re moving on!