Our adventure at Acadia continued for another day. This time we headed out to the Scoodic Peninsula. 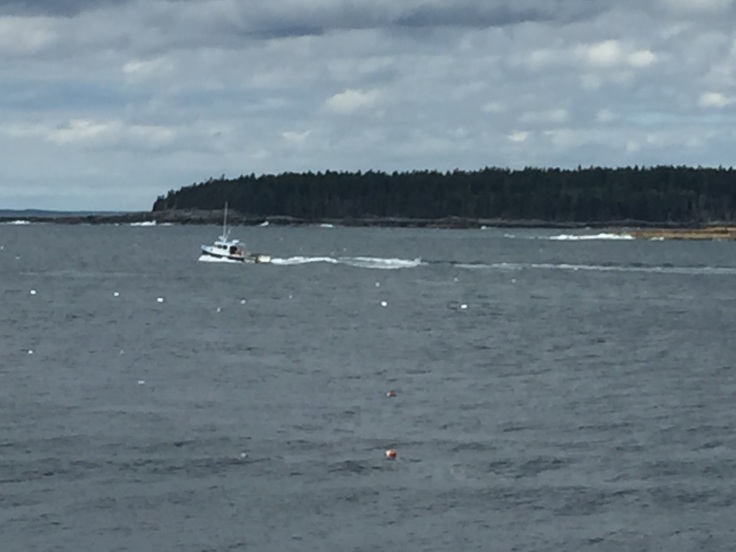 This place is on the mainland, across the bay from Mt. Desert Island, to the east.  It is about a one hour drive, because you have to drive way north and east before you can begin the drive down the peninsula.  Much of the peninsula is also part of Acadia NP, but there are other towns – many are working lobster towns.  But it was another beautiful drive, very remote and quiet.  We found many great views and quiet towns and harbors. 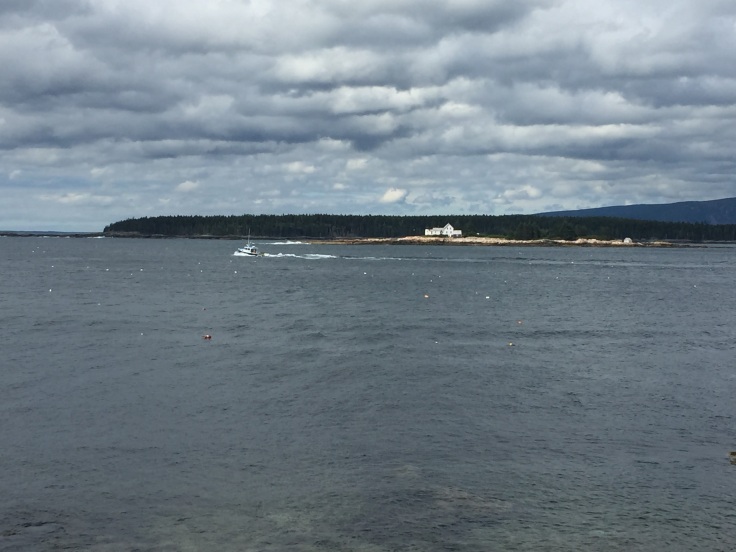 In Winter Harbor we stopped in at their Farmers’ Market and bought blueberry scones for a special breakfast treat (tomorrow): 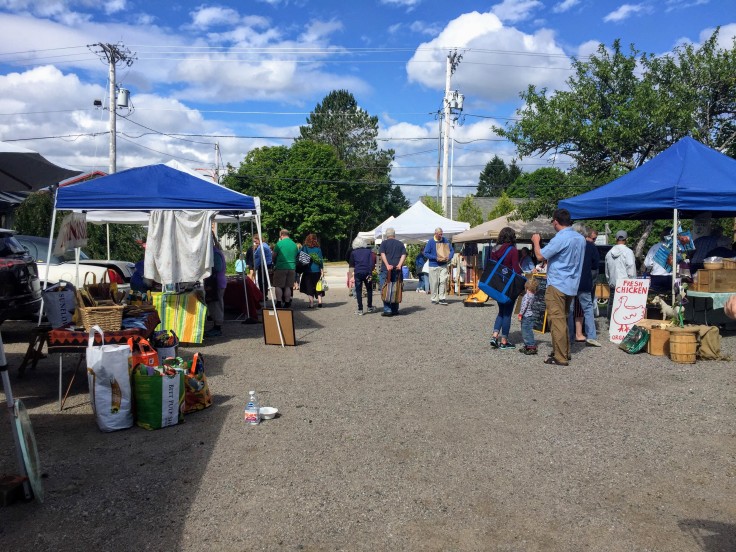 There is a sculpture in the bay at Winter Harbor of a stylized whale tail; we saw it at low tide, and later as the tide was coming in: 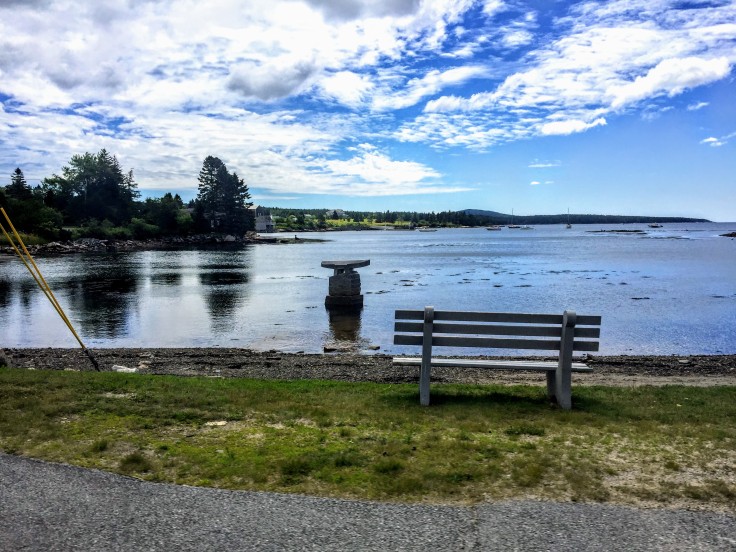 We saw Winter Harbor, Prospect Harbor, and Gouldsboro…  And plenty of rocky shoreline: 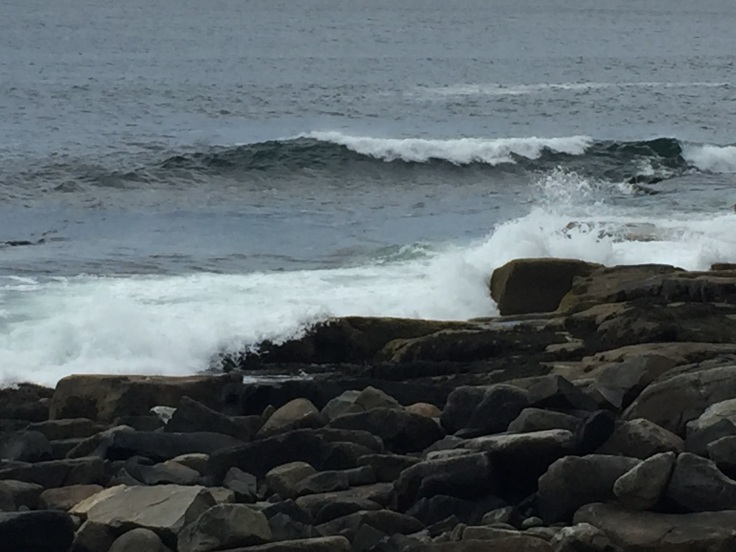 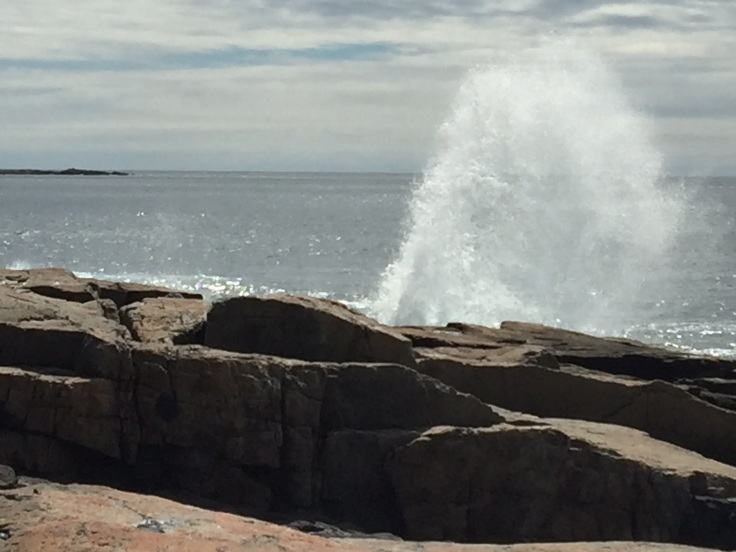 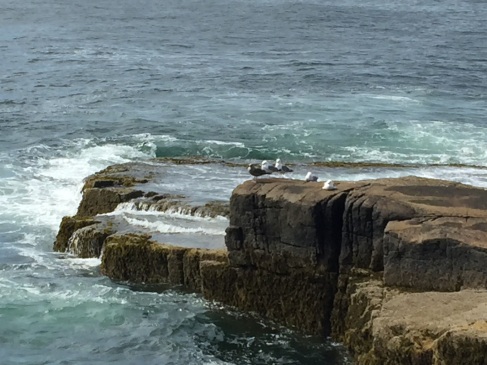 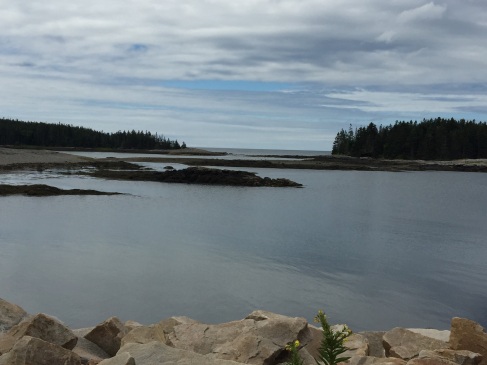 When it was time for lunch, we stopped it at Smokey’s BBQ and Lobster. Texas BBQ here in Maine!  But, we are in Maine, so we had fish and chips instead…

Our afternoon destination was Seal Cove Automobile Museum, back on Mt. Desert Island.  The museum’s collection is the legacy of Richard Paine, a local resident whose passion for cars and their related history led to his buying and selling many collectible cars throughout his life. Upon his death the collection was culled by selling off duplicate cars to create an endowment to keep the cars that tell the story of the beginning of the automobile age.

The collection features some of the earliest automobiles and motorcycles, as well as clothing and accessories, from 1895 through the early 1920s. The cars represent the stories about invention and innovation, art, design, women’s rights, and social and economic changes that came about through the automobile.  Inventors were experimenting with steam, electricity, and gas-powered engines.  There were no standards – anything that might work was tried.

The current exhibit, Auto Wars: Then & Now, explores the debate a century ago over whether or not to allow cars on Mount Desert Island.  The exhibit is presented in a “choose your own adventure” style, allowing YOU to decide whether you would have been for or against cars on the island.  In a nutshell, the wealthy summer residents, who considered their lifestyle to be “rustic”, were opposed to cars on MDI. The locals, who needed the convenience of easy transportation, were in favor. For many years those opposing cars won out, but finally, in 1916, cars were allowed, and this decision forever changed the nature of MDI.

Two cars were of particular interest to me:  A 1934 Ford, with a body custom made in Germany, and custom fitted to a 1934 Ford chassis. It was the design of Edsel Ford, and it was his personal car at his summer cottage on the island.  It became a prototype for the Continental which was released shortly thereafter. 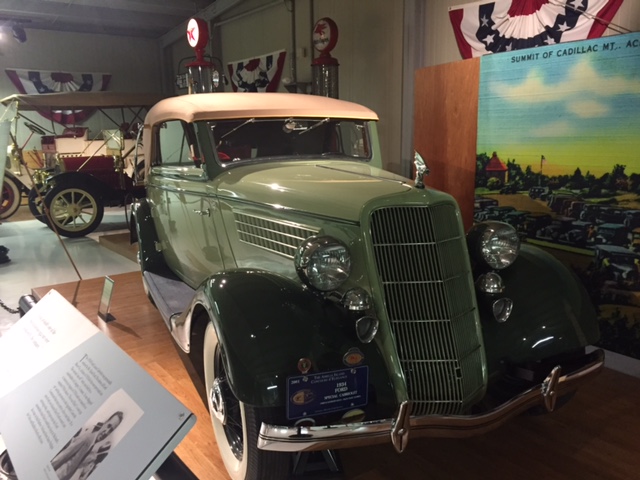 Also, while not an old or rare car, I liked seeing the 1991 Mercedes SEL; it belonged to Laurance Rockefeller, and it was the car that he kept at his summer cottage year ‘round.

If you recall from an earlier blog post, David Rockefeller also had his favorite summer cottage car, a 1956 Continental, which we saw at Kykuit in Pocantico Hill, New York:

After enjoying the exhibits in the museum we headed back to the Villa. Tonight the caravanners enjoy a BBQ – hamburgers and all the usual sides; we began by finishing off the leftover cheese and wine from Monday’s party… And an enjoyable time was had by all…