There are no planned activities today; the rally doesn’t officially start until tomorrow.  So, as we like to do, we decided to take a walk through an adjacent city; we decided upon San Francisco: 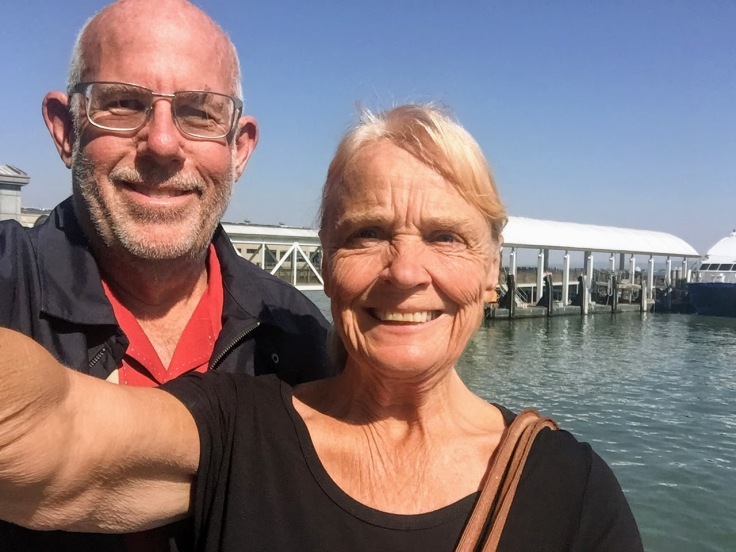 Other than this selfie, we forgot to take any pictures while we were there… Oh, well!

In any case, we drove to Pleasanton, then took BART into The City (as the locals call it, as if it’s the only city in the world.  I thought it was silly when I first heard it in 1972, and I think it’s silly today…)

We did some walking and window shopping; Lynda wanted to do some serious shopping around Union Square, and I headed to Tadich Grill, where I met my former Partner at TCA, Thom Cox.  It was fun to be back in Tadich again, and it was great to catch up with Thom on the state of the world and the state of TCA.  I can’t comment on the state of the world, but apparently TCA is doing fine without me.  Yay!

After lunch, at about 3:00 pm, Lynda and I met up and returned to the Villa.

Happy Hours ensued, and an enjoyable time was had by all…

And since I have no other photos, here is our granddaughter, Roisin, outfitted for her Tae Kwon Do lesson…: