After a good night’s sleep in The Villa, in a pasture of a winery, we were ready to go!  We stopped at Starbucks for morning coffee, and we headed west on Hwy 12. We went through the Sacramento Delta, through the towns of Rio Vista, Fairfield, and Suisun City.  Then through the city of Napa, the Carneros region, and then into Sonoma County. 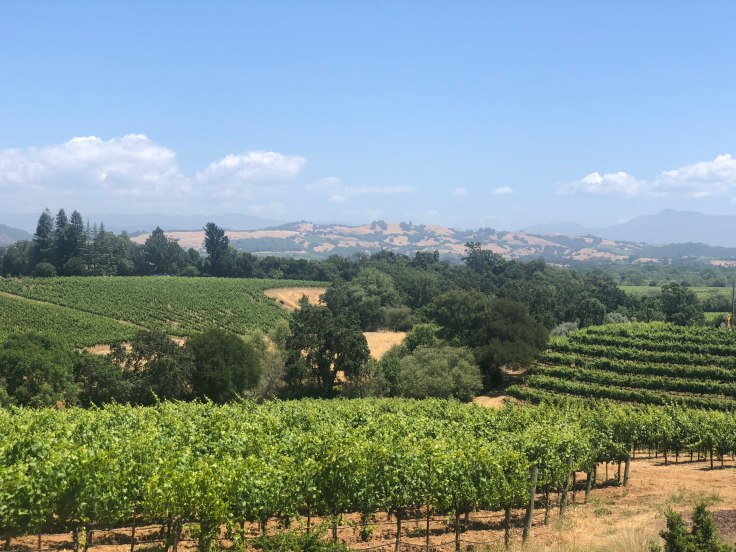 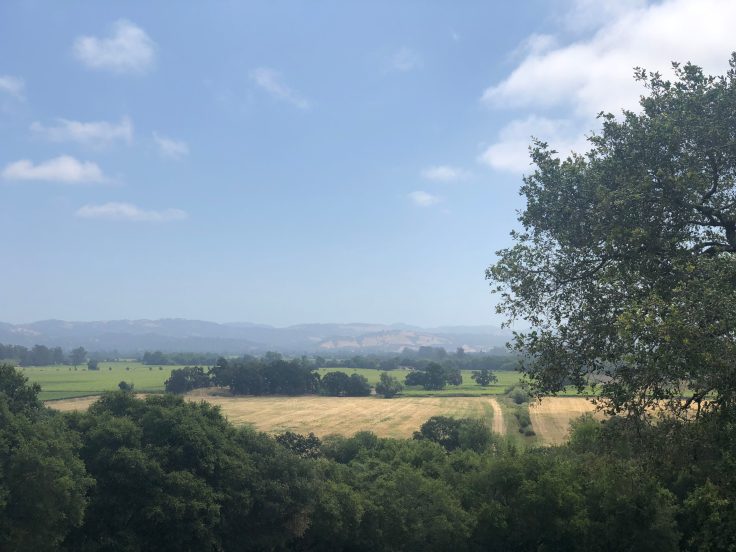 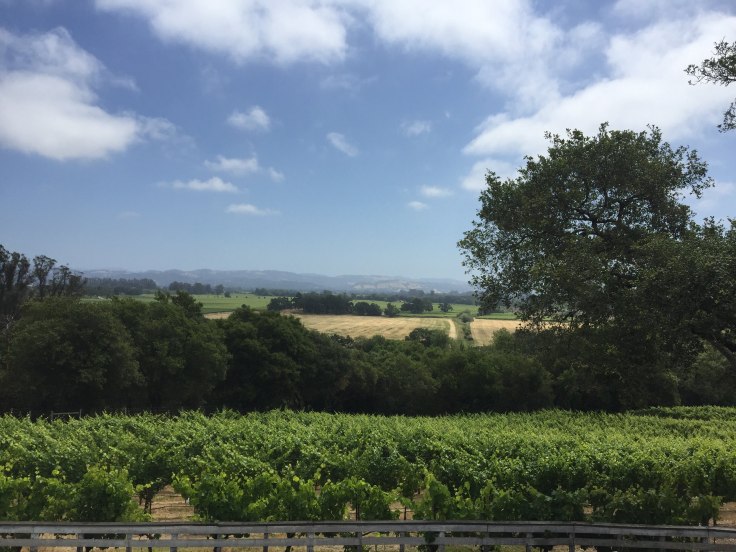 Yes, it is gorgeous!

As we approached the River Bend RV park we called to see if our campsite was open – we were very early again.  We were told that it was not, so we did a little reconnoitering… On Thursday, we will be pulling our Airstreams from the RV park about 15 miles south to Sebastopol, for a tasting at Kosta Browne; then we are heading south to Paso Robles.  Since we needed space to park four Airstream rigs, I wanted to see for myself.  It was an easy drive, and we arrived in downtown Sebastopol in about 15 minutes.  We found the winery (it is not open to the public, and it is located in an industrial zone).  Happily, we found several streets that appeared to have plenty of space to park our rigs!

We headed back to the RV park, checked in, and met our first caravan participants: Don and Marian Hetzler, from Troy, Ohio.  We found that their Airstream is a twin to ours!

After settling in we walked abround the park.  We had been here just two weeks ago, so there was not too much new.  The Russian River was still there: 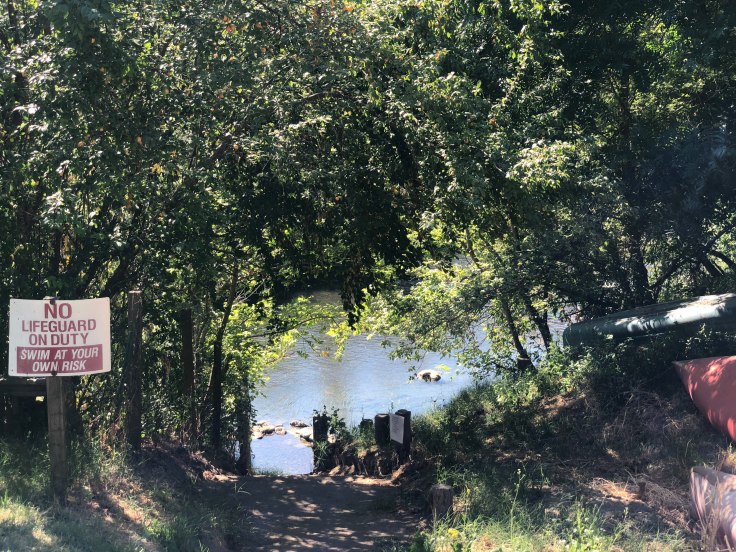 Soon our other caravanners arrived: Nora Stapleton from Costa Mesa, CA, and Diane and Tim Sommerville, from Laguna Niguel, CA.

As is our tradition, we held a GAM, or Get Acquainted Meeting.  This consisted of happy hours, with food and wine, and lots of conversations, getting to know each other.  We also discussed our itinerary while in this location, logistics of driving to the various wineries, and other technical issues.

And an enjoyable time was had by all!